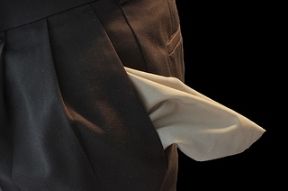 Are you thinking of claiming any unpaid wages that are due to you? Well, if you think that your employer is taking advantage of you by not giving the appropriate wages that you have rightfully earned, then it's probably time to do something about it.

Hiring a Lawyer for Wage Theft

If your employer owes you any underpaid or unpaid wages, even if it amounts to just a few dollars, hiring a labor and employment attorney can prove to be well worth the effort. Why? This is because if you have enough reason to believe that you have been shortchanged by a few dollars, there is also reason to believe that you have been underpaid a lot more than you think. Your attorney will help you sort these things out to find out if your employer actually owes you more than what you have originally thought.

Moreover, you stand to gain more than just the amount that you rightfully deserve. By winning the case against your employer, you can get as much as two to three times the amount your employer owes you.

Now, if you are hesitant to fight for your right for fear of retaliation, you need to know that the existing labor laws protect you against such untoward actions from your employer or previous employer.

Do not hesitate to claim what should have been yours in the first place. You have worked hard for it. You deserve it.

If your employer owes you any unpaid wages but refuses to pay, please call Remer & Georges-Pierre, PLLC at (305) 416-5000 or via the online request form for a free consultation.