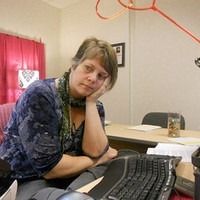 Are you a victim of workplace discrimination? If you are being passed up for a promotion just because you are pregnant, are receiving different pay rates for performing equal work because of your gender, or are being sexually harassed in the workplace, then your employment rights are clearly being violated. In the same manner, if you have been denied a job because of your age, racial origin, or religious beliefs, you have also been evidently denied your rights.

You may not believe it but workplace discrimination can be more common than you think. There is an ever-growing number of people whose employment rights are being violated due to gender, age, race, national origin, religion, disability, and genetic information. There are also those who are being sexually harassed and are suffering from employer retaliation as a result of filing a complaint against workplace discrimination.

The US Equal Employment Opportunity Commission (EEOC) upholds several laws governing fair employment practices. It enforces Title VII of the Civil Rights Act of 1964 which prohibits employment discrimination based on race, color, religion, sex (including pregnancy), and national origin. It likewise prohibits employer retaliation against an employee who has filed a charge of discrimination.

Some of the other employment discrimination laws being enforced in an effort to protect workers' rights include the following:

Always remember that knowing about your rights can be your most powerful weapon against workplace discrimination. Don't be afraid to use it.

If you have been treated unfairly in the workplace, contact Remer & Georges-Pierre, PLCC at (305) 416-5000 for a free consultation.